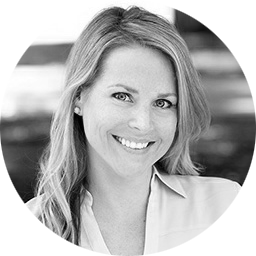 A New Yorker at heart, Dr. K grew up in a beautiful town nestled in the Finger Lakes region of Upstate New York.

She was involved in many sports throughout childhood which included softball, gymnastics, and cheerleading. Unfortunately, she suffered a gymnastics injury which resulted in neck pain and Torticollis.

Her mother, a long-time chiropractic patient, knew just where go. After only a few chiropractic visits, she was able to get back to usual activities and more importantly get back on the gymnastics mat.

Dr. K attended the State University of New York at Buffalo where she earned a Bachelor of Science in Nutrition Sciences, and supported the Blue and White as a Cheerleader….GO BULLS!!!

After the completion of all four examinations given by the National Board of Chiropractic Examiners as well as the Florida State Chiropractic Board Exam, she moved to the greater Orlando area in 2004 and have been practicing and living the Chiropractic lifestyle ever since.

Dr. K is the owner and Clinical Director of Balanced Back & Body which opened doors in March 2014. She loves spending time with her new husband and lil big Chihuahua.